At the 24th Annual Consulting Engineers of Alberta Showcase Awards Gala in February, SMA Consulting Ltd. received recognition for the services it provided on two important projects in Alberta.

For its work on Edmonton’s Downtown Intensification Storm Tunnel Project, SMA received an Award of Excellence in Project Management. This project involved the construction of a 2.5 km storm tunnel to support development in Edmonton’s core. EPCOR Drainage (formerly the City of Edmonton Drainage Services) worked with SMA Consulting, Shanghai Construction Group Canada, Associated Engineering, and other consultants to face downtown traffic, flowing sand, nearby gas and water lines, boulders, metal remnants from a century-old mine, crossing under the LRT, and many other challenges to complete this project.

SMA was also honoured with an Award of Excellence in Studies, Software and Special Services for its financial viability analysis work with Strathcona County on a proposed development in the Bremner area. SMA worked with Stantec to develop an advanced model, integrating asset management, Monte Carlo simulation, and genetic algorithms. SMA ran fifteen scenarios, 500 million calculations, and made several presentations to Council in order to provide the County with the input it needed to make a decision regarding development.

We extend our sincere congratulations to the team members of both projects team and all other winners and nominees. And thank you to the CEA for its ongoing support of the industry. 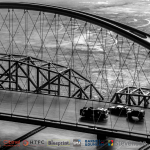 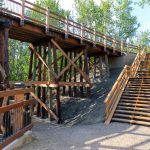