SMA would like to offer heartfelt congratulations to ISL and our other teammates on recently winning the Award of Excellence in Transportation at the annual 2021 Canadian Consulting Engineering Awards Virtual Celebration for our work on the Mill Creek Pedestrian Bridges. SMA is proud to have been involved in this project, facilitating workshops for value analysis, constructability, and risk management, as well as performing integrated cost and schedule estimating to establish confidence in the pre-tender estimate. SMA’s involvement was instrumental to generating a rehabilitation strategy that was functional, financially sound, and respectful of both the historical significance of the structures and their importance to the community.

The Mill Creek Ravine park runs from Argyll Road in the south, along the east edge of Strathcona, before ending up in the North Saskatchewan River near Cloverdale. The park is a beloved part of Edmonton’s extensive river valley trail system, used by pedestrians, cyclists, dog-walkers, and cross-country skiers year-round, and providing a ribbon of green right in the heart of the city. The ravine was once home to the Edmonton, Yukon & Pacific Railway line, which ran from the CP Line to the Low Level Bridge, serving the Gainer’s meat packing plant facility once located on the ravine’s edge. The official park came into existence in the 1970’s, with a mandate to keep it as natural as possible, and, with the railway no longer in use, the City of Edmonton converted the railway’s trestle bridges to pedestrian use, incorporating them into the multi-use path that spanned the length of the ravine and merged with the river valley trail system. To supplement the existing bridges, several glulam bridges were added in the 1970’s to the trail system on the lower trails.

Although the original trestle bridges were built from hardy local timber, designed to carry the weight of freight trains, 40 years later the time had come to repair and upgrade them. The three wood trestle bridges needed to be rehabilitated; the remaining two glulam bridges had to be replaced. The City retained ISL for the engineering and design of the bridges. To honour the historical significance of these bridges, and in response to the workshops facilitated by SMA, a decision was made to use 20-25% of the original wood in their rehabilitation, with the design reflecting the original design as much as possible, while at the same time embracing technological advances and enhancements to bridge safety and functionality.

Given the public face of this project and the historic value of the trestle bridges to area residents, along with the many design possibilities, a rigorous exploration and evaluation process was warranted. To this end, SMA was retained to facilitate workshops to help the team review possible solutions and generate new ideas and design strategy improvements. These workshops focused primarily on public space pedestrian trail rehabilitation and stakeholder involvement dealing with complex construction and environmental issues in a major public park space. The workshops were used to drive key decisions as well as to identify constructability issues and risks.

The project was completed ahead of schedule and under budget. 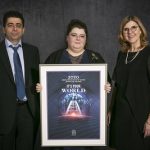 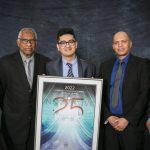